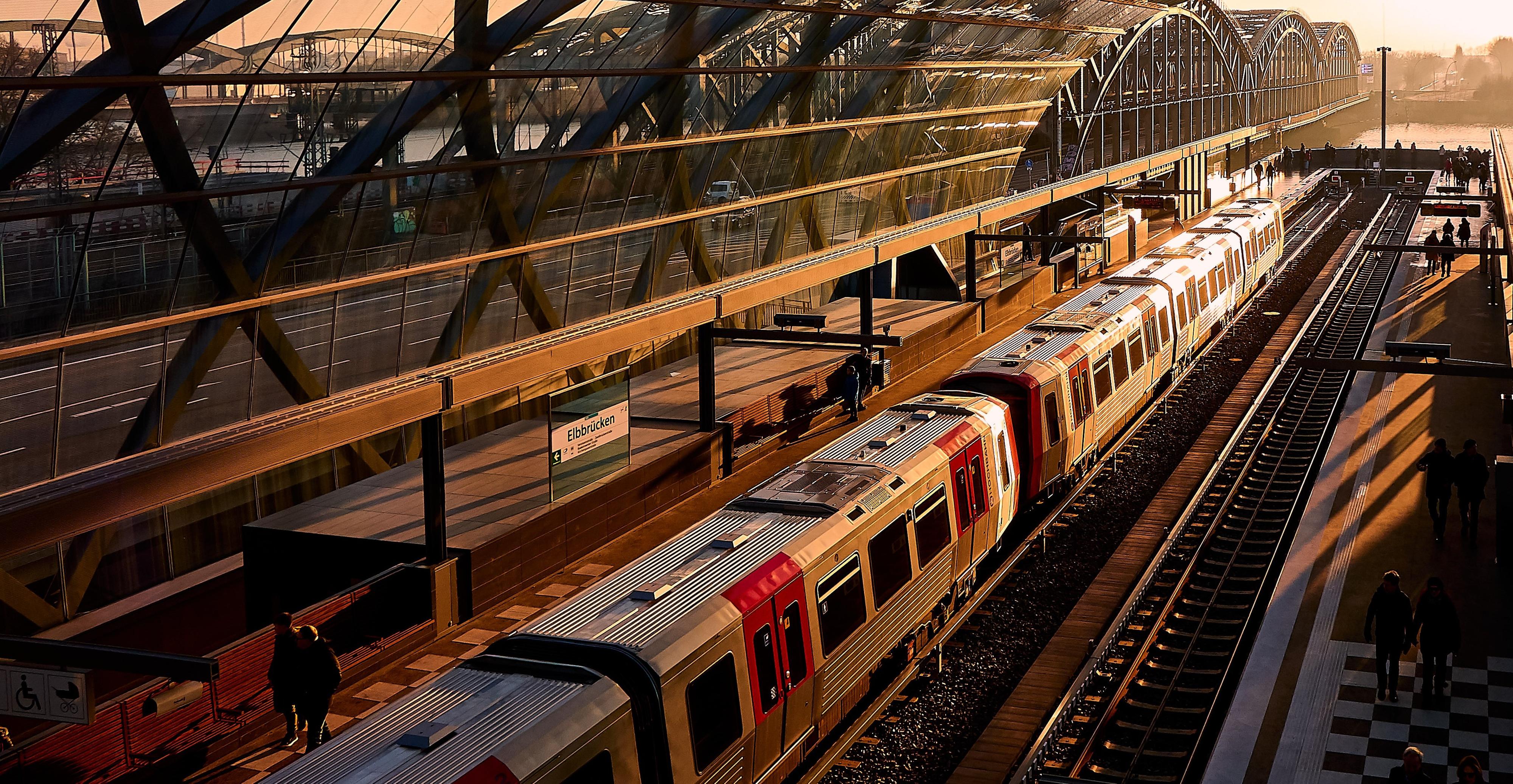 Hamburg has big plans to alleviate traffic congestion and connect commercial and residential areas with the city centre by expanding public transport.

Hamburg’s public transport system is a highly complex network of U- and S-Bahn trains, buses, and ferries. Even the most well-oiled machine needs a tune up from time to time, and with demand for reliable and affordable public transportation ever increasing, it's time for this Hamburg engine to get an upgrade.

The HVV Hamburg traffic organisation will implement several measures to further strengthen the city's public transport grid. In doing so, commutes will become faster and more comfortable. Since 15 Dec, 2019, arrival cycles have been further shortened and additional trains and buses added to many lines. To further aid commuters, pre-existing lines will be expanded, while drafts for additional lines have been ratified and will soon become reality.

As a first step towards connecting some of the city's more remote neighbourhoods, two new stations were inaugurated in mid-December 2019: a U1 station in Oldenfelde, and an additional stop at Elbbrücken on the eastern tip of HafenCity for the S3 and S31. What’s more, regional trains will depart more regularly as well.

In order to create a sustainable alternative to car traffic, public transport must take on an even greater role in Hamburg. The city intends to increase the amount of public transport in the overall traffic volume from 22% to 30% by 2030. Between 2019 and 2021, an additional €100 million will be invested in public transport measures.

Among other things, construction preparation for the upcoming U5 underground line commenced in October 2021. The line is scheduled to begin operations in 2028/29 and will connect Hamburg's northwest and northeast with the city centre. Autonomous operation will result in arrival cycles as short as 90 seconds. Important institutions such as the City Nord, the Altona Volkspark, Hamburg University and the UKE hospital will all be connected to the public transport grid more efficiently.

In addition, a new S-Bahn line is scheduled to begin operating by 2025. The first section of the S4 will connect Rahlstedt and Hasselbrook, ultimately reaching as far east as Bad Oldesloe. In the northwest, Kellinghusen and Itzehoe will become part of the grid as well.

Getting Around StadtRAD City Bikes

Bike-lovers can explore Hamburg on two wheels when they sign up for the city's public bike system: StadtRAD Hamburg.

Getting Around Car Sharing

With several car sharing companies to choose from, your car is always parked just around the corner.​​​​​​

Getting Around Speed Cameras

To avoid unexpected travel expenses, beware of speed cameras in and around Hamburg!​​​​​​​

Getting Around Taxi Services

Hamburg has several taxi companies that operate within the city. Find out how to contact them and what rates you can expect.​​​​​​​

Nothing beats Hamburg by bike! Join a city cycling tour or take your bike on the train to explore the suburbs on two wheels.

Take to the water and discover a new side of Hamburg. Paddle through romantic canals or sail the beautiful Alster lake.​​​​​​​

Hop on and off the red double decker sightseeing bus or join one of the many themed bus tours, from architecture to comedy.​​​​​​​

Go sightseeing at your own pace with one of the eight popular walking routes to explore different areas of Hamburg on foot.​​​​​​​

Keen to explore Hamburg by train? The network will get you anywhere in the city and to the most beautiful sights around Hamburg.​​​​​​​